Today, about 3.5 percent of ocean water is salt. When planet Earth was still young, its atmosphere contained a mix of hydrogen chloride, hydrogen bromide, and other gasses from volcanoes. Oceanographers (scientists who study the ocean) believe that some of these gases dissolved in the early ocean, making it salty. 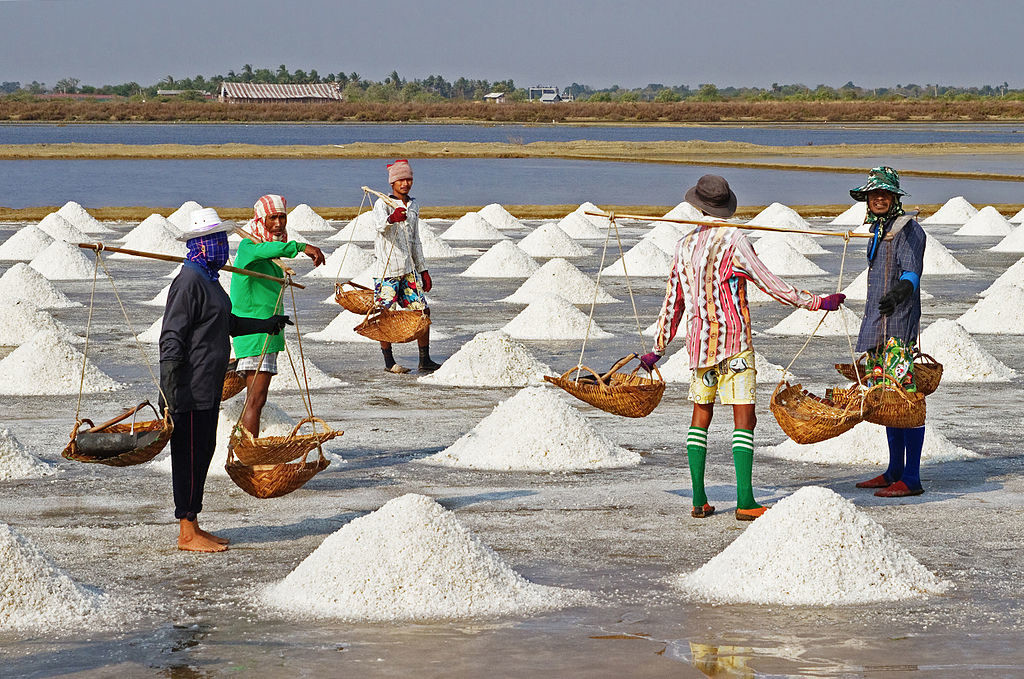 Today, however, most of the salt in the oceans comes from rain. Rain falling on the land dissolves the salts in eroding rocks, and these salts are carried down the rivers and out to sea. The salts accumulate in the ocean as water evaporates to form clouds. The oceans are getting saltier every day, but the rate of increase is so slow that it hard to measure. If the oceans suddenly dried up, there would be enough salt to build a 180-mile- (290-kilometer) tall wall around the equator.