As the young red blood cell grows and takes on an adult form in the marrow of the bone, it loses its nucleus, and it increases its production of hemoglobin. Hemoglobin is the red pigment, or color of blood, and contains iron, combined with protein. (Oxygen combined with iron is red; the more oxygen iron has bound to it, the redder it is.) 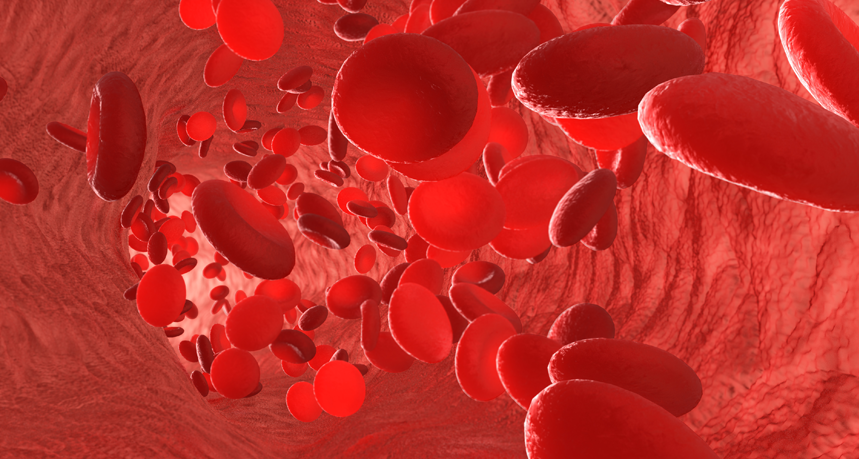 When blood passes through the lungs, oxygen attaches itself to the hemoglobin of the red cells. From there, the red cells carry the oxygen through the arteries and the capillaries to all other cells of the body. The arteries appear reddish because the iron in the blood gives up its oxygen to the cells that need it as the red blood cells travel throughout the body. By the time the blood is back on its way to the heart and then to the lungs it has less than half as much oxygen as it did before. The veins, therefore, do not get as much oxygen as the other tissues and they appear bluish.