Throughout the centuries—and in different parts of the world—men and women have married for a variety of reasons. It used to be common for young people to marry the person their parents chose for them, and some cultures continue to practice arranged marriages. Throughout most of the world today, however, a man and a woman usually marry because they love each other and want to be together and care for one another for the rest of their lives. 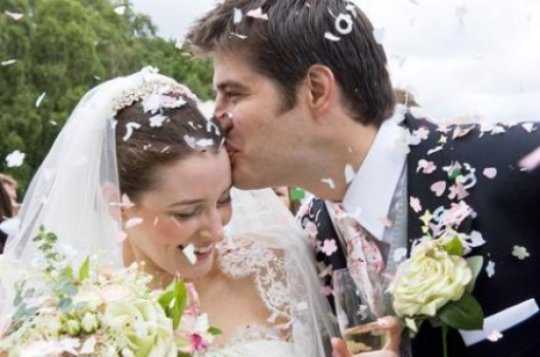 Adults often want to have children together and raise them in a family. While people don’t have to be married in order to have children, many people feel more comfortable raising a family as part of a married couple. When a man and a woman marry they make their permanent partnership public. After a marriage ceremony, they are connected by a legal contract— a marriage license—that can be dissolved by another legal decree known as a divorce (though death legally ends a marriage as well). Marriage grants a couple a new legal and social status, changing such things as the way they pay taxes and the amount they pay for health insurance.