The triangular shape of a tricycle, with its three wheels spread apart, is much more stable than a regular bicycle, which balances on two aligned wheels. (The “tri” [three] and “bi” [two] before “cycle” refers to the number of wheels each vehicle has.) Tricycles suit young children well; with larger heads and undeveloped muscles, little ones lack the coordination and balance needed to ride regular bikes. But as soon as they can learn to pedal, children can ride a tricycle, turning leg power into wheel power. 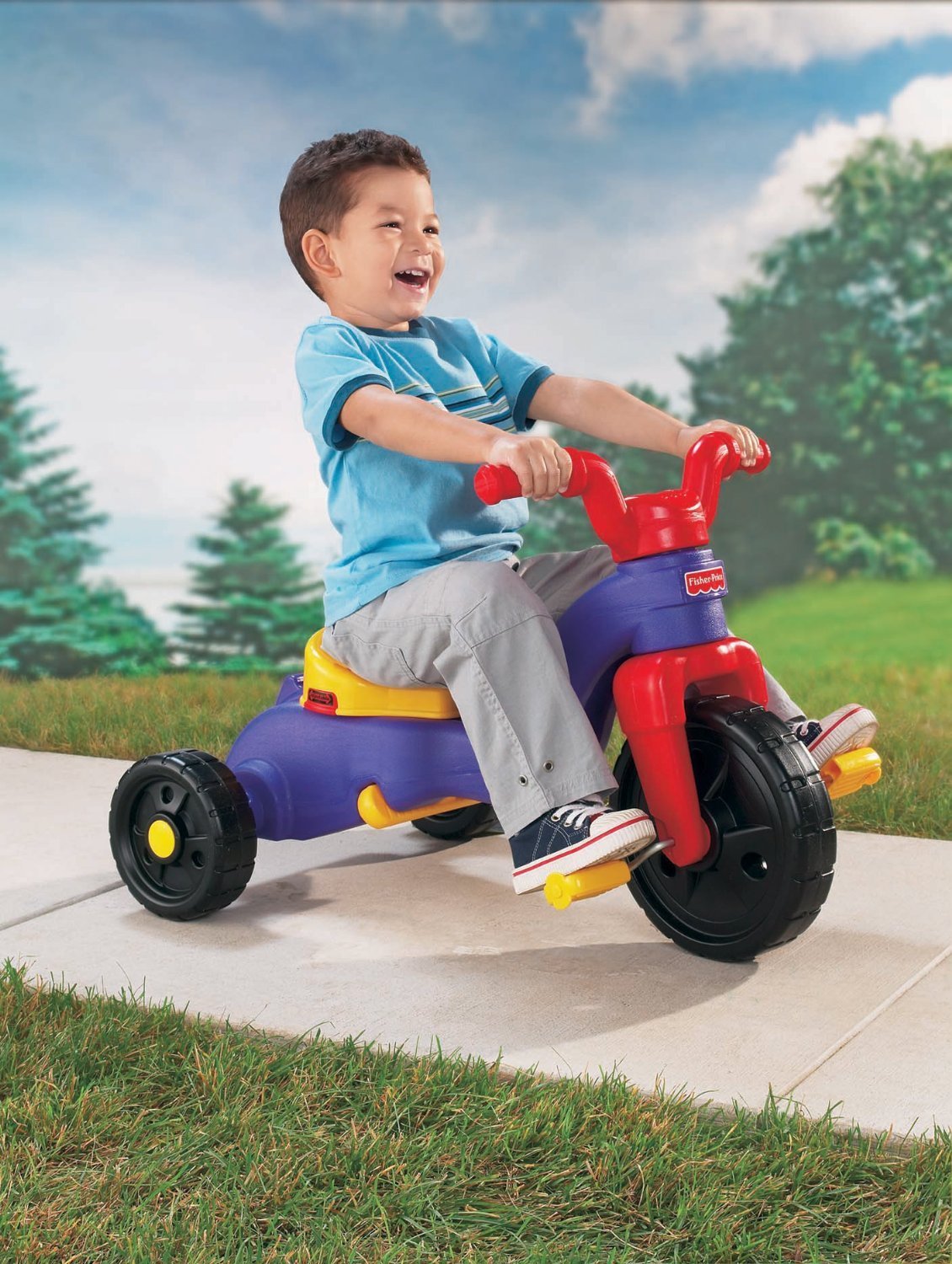 A tricycle is built for stability and not for speed: its pedals are attached to a sprocket in the center of its large front wheel, which moves around once for each completed pedal turn. So the larger the front wheel of a tricycle, the faster it will go—but it cannot be so large that young legs cannot reach the pedals! This design makes a tricycle unlike a regular bike, which has chain-driven sprockets that move its wheels a lot faster than its rider’s feet. Tricycles are also easier for little ones to steer and turn because they are pulled forward by the movement of their front wheels; regular bikes are powered by their rear wheels.