Dams, which are structures that hold back water, have been built since ancient times. They are usually made of earth, rock, brick, or concrete—or a combination of these things. They are constructed to control the flow of water in a river, and they are built for a number of reasons. One reason is to prevent flooding. Heavy rains in high country may cause water levels in a river to rise. As the river flows downhill, it may overflow its banks, flooding communities located downstream. A dam can prevent this by stopping or slowing rushing water, allowing it to be released at a controlled rate. Dams are also frequently used to store water for general use and farming. When a river’s flow is restricted by a dam, water often spreads out behind the dam to form a lake or reservoir in the river valley. That water can then be used as needed, preventing water shortages and crop damage during long periods of dry weather. 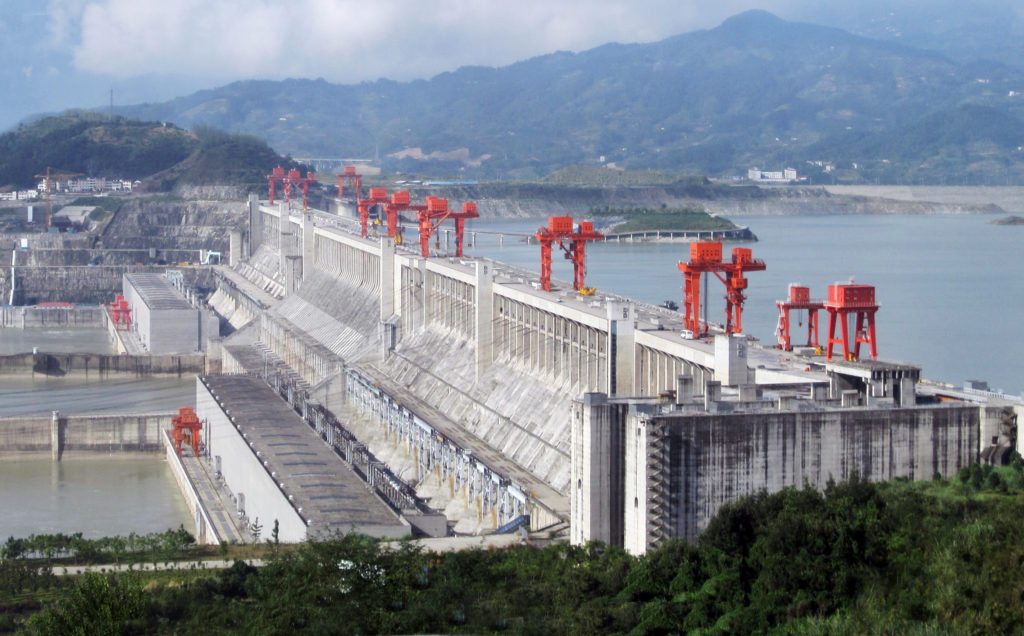 A great number of dams today are used to make electricity. Such hydroelectric dams are built very tall, to create a great difference in the height of the water level behind and in front of it. High water behind a dam passes through gates in the dam wall that allow it to fall to the river far below. As the water falls, it flows past huge blades called turbines; the turbines run generators that make electricity. One of the world’s largest and most productive hydroelectric dams is the Hoover Dam, located on the Colorado River between Nevada and Arizona. Built in the 1930s, it is 726 feet (221 meters) high and 1,244 feet (379 meters) long. Its reservoir (Lake Mead)—the world’s largest— supplies water to several states, allowing huge regions of naturally dry terrain in southern California, Arizona, and Mexico to flourish. Many modern dams are used for all three purposes: flood control, water storage, and hydroelectric power.