Early bicycle tires were made out of solid rubber. (Before that, iron covered the edges of wooden bicycle wheels.) Solid rubber tires made bicycling a bumpy experience because they were unable to provide any cushioning on rough roads. When the airfilled rubber bicycle tire was invented, it made riding a lot more comfortable. But along with the comfort of air-filled tires came the frequent task of filling them up. The rubber that is used to make bicycle tires is thin and porous, which means that it has tiny microscopic pores, or holes, through which air can escape over time. 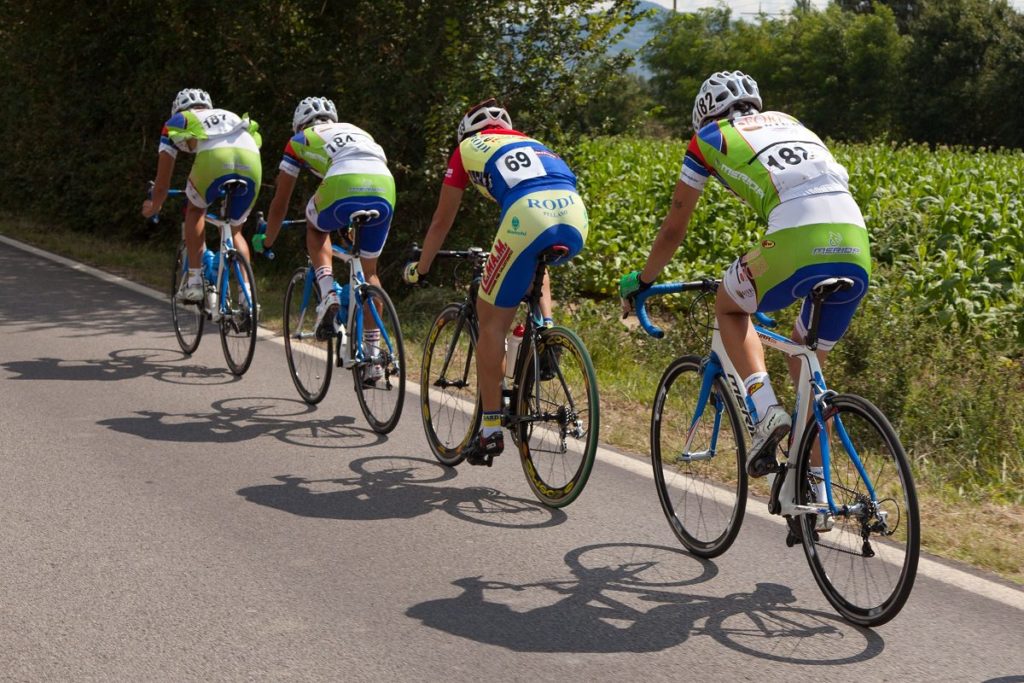 Air that is pumped into bicycle tires is pressurized, meaning it is compressed into a much smaller space than it would ordinarily occupy. Without pressurized air inside, a bicycle tire would not have its firm shape. Air under high pressure, like all gases, moves or migrates to surrounding areas that have lower pressure, traveling even through fairly solid materials. Air in a bicycle tire naturally tries to escape through the valve stem that is used to fill it and the inner tube that holds it. So even bicycles that don’t undergo the wear-and-tear of frequent use eventually end up with flat tires.