Paint coats wood, protecting it from sunlight and rain damage and making it last longer. When early farmers had enough money to paint their barns, they usually used inexpensive paint because the structures were so large. Ferrous oxide, a chemical powder that gives paint its red color, was readily available and cost little. Thrifty farmers in New England, New York, and the upper Midwest region painted their barns red. In those places, red barns remain a tradition. But there are plenty of barns in other parts of the country that are not red. Early farmers that were poor—especially in regions like Appalachia and the South—left their barns unpainted because they did not have the money to do the job. 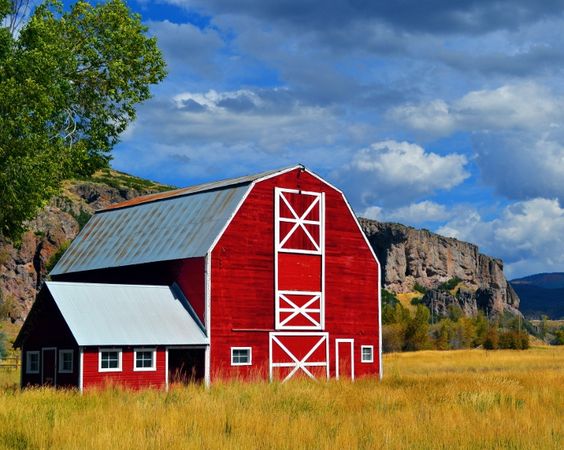 Unpainted wood usually weathers to a soft gray color. And in places like Pennsylvania, Maryland, and some southern Midwestern states, the most frequently seen barn color is white. Some people think that white barns grew popular when dairy farming became more important after the Civil War; white suggests cleanliness and purity, desirable qualities to be associated with milk production. Special farms where fancy horses or prize livestock were raised sometimes had barns painted unusual colors, like yellow, green, or black.