New York City has the most landmarks in the United States. Landmarks are permanent structures, such as trees, bridges, buildings, and statues that contribute to the historic, cultural, or architectural heritage of a city. In New York, there are 1,116 designated landmarks, 104 interior landmarks, 9 scenic landmarks, and 84 historic districts, resulting in the largest number of designated landmarks and the most valuable real estate in any city in the United States. 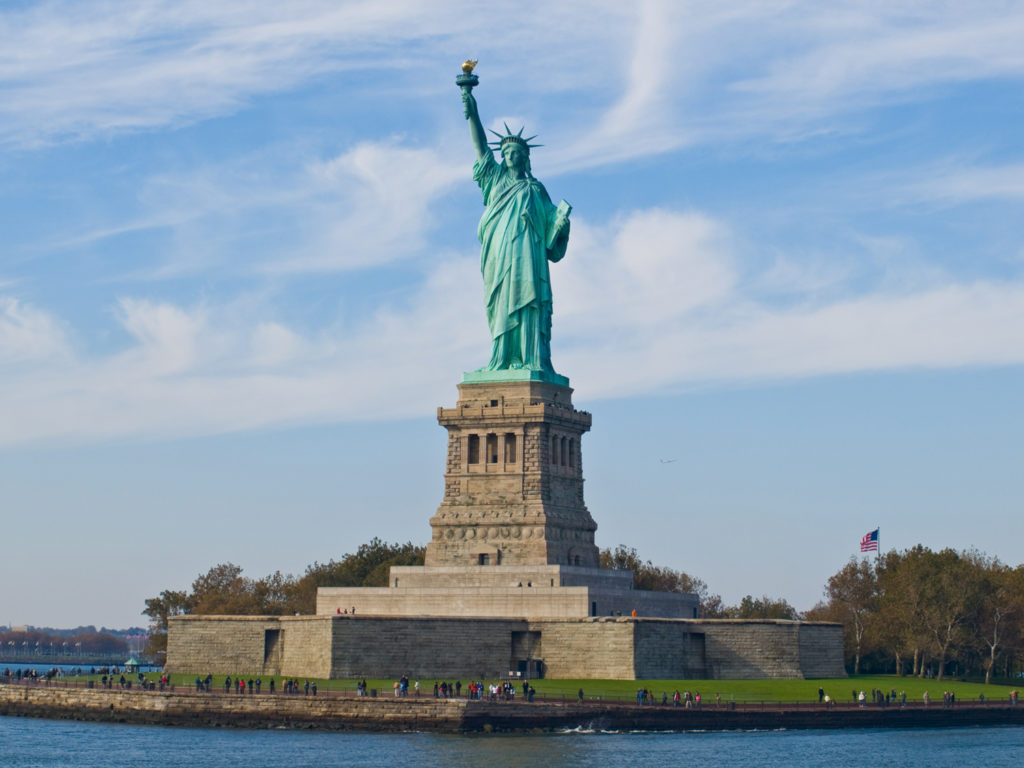 Some of the most famous landmarks include the Empire State Building, which is 1,250 feet (381 meters) high from the ground to its tip. There is an observatory on the 86th floor of the building that overlooks the city, but you have to either take the elevator or climb more than 1,000 steps to reach it. Another famous New York City landmark is the Statue of Liberty, which was built by French sculptor Auguste Bartholdi, with the help of many laborers working ten hour days, seven days a week for nine years! The statue was finally finished in July 1884, and shipped to America in 350 individual pieces that were finally assembled many months later.