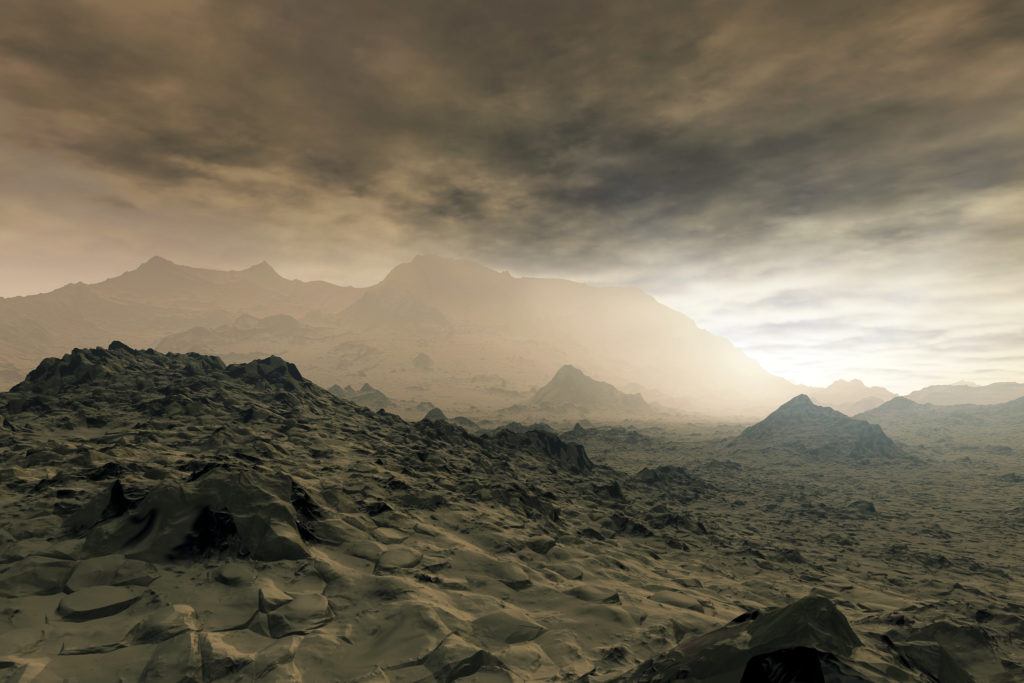 There, solar radiation penetrates the atmosphere, reaches the surface, and is reflected back into the atmosphere. The re-radiated heat is trapped by carbon dioxide, which is abundant in Venus’s atmosphere. The result is that Venus has a scorching surface temperature of 900 degrees Fahrenheit (482 degrees Celsius). The greenhouse effect can also be found on Earth and in the upper atmospheres of the giant planets: Jupiter, Saturn, Uranus, and Neptune.