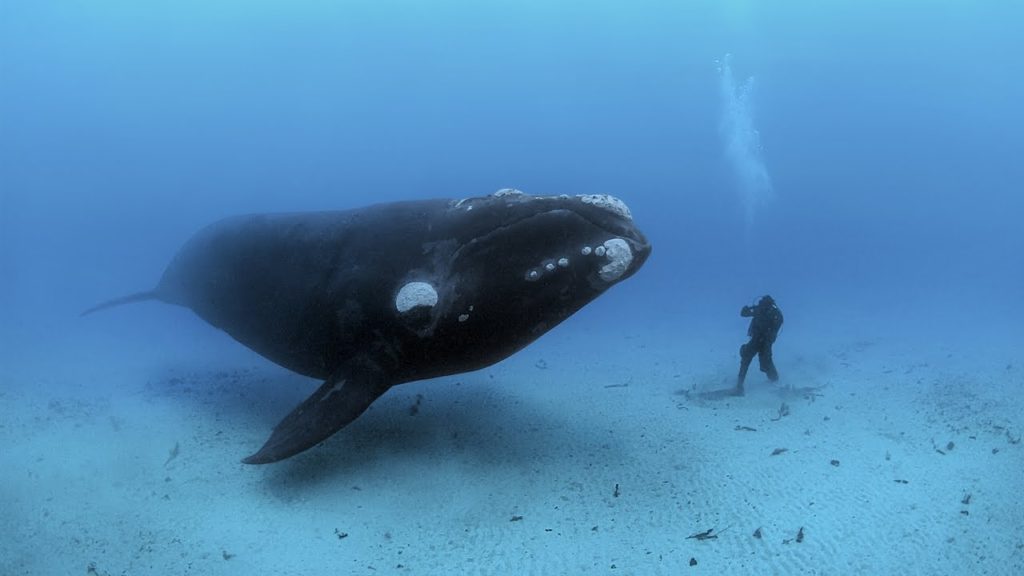 At about eight months of age, when the calf is weaned, it measures close to 50 feet (15.2 meters) long and weighs about 25 tons (22,679 kilograms). Blue whales do not have teeth. Instead, in their upper jaw they have rows of hundreds of baleen plates—flat, flexible plates with frayed edges, arranged in two parallel rows that look like combs of thick hair. The blue whale feeds on a small shrimp-like animal called krill. Scientists believe that large marine mammals, like whales and dolphins, have brains much like those of humans. They are able to communicate, follow instructions, and adapt to new environments. Throughout history, these gentle giants have been hunted for their baleen and blubber (fat), and are today considered an endangered species. Scientists believe there are about 4,000 or so of them left in the world.