The first primitive plants appeared on land about 470 million years ago. But these plants did not look like the lush greenery we see in the world today. Rather, they were rootless patches of thin, leaflike plants called liverwarts, so named because some species look like green livers. Liverwarts used a specialized filament (called a rhizoid) to absorb water and stick to rocks. 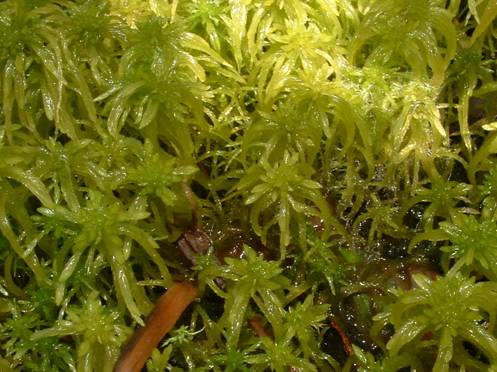 Fossils reveal that the first true plants to colonize land appeared about 420 million years ago. These plants included flowerless mosses, horsetails, and ferns. They reproduced by throwing out spores, or minute organisms that carried the genetic blueprint for the plant. The ferns eventually bore seeds, but not until about 345 million years ago. Plants with roots, stems, and leaves (called vascular plants) evolved about 408 million years ago.