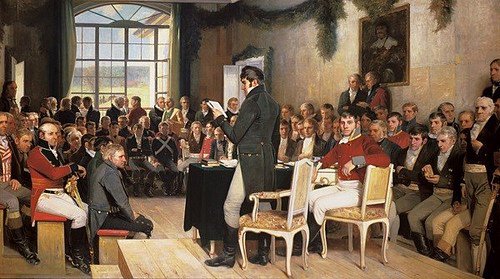 The first eight amendments outline many individual rights guaranteed to all people of this nation, while the Ninth and Tenth Amendments are general rules of interpretation of the relationship among the people, the state governments, and the federal government.