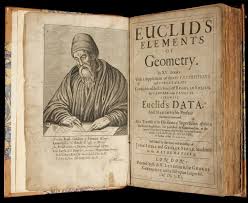 Historians do not know a lot about Euclid’s life, but his work has proven important to the development of logic and modern science. Most of the theorems in the Elements were not discovered by Euclid himself, but were the work of earlier Greek mathematicians such as Pythagoras, Hippocrates of Chios, Theaetetus of Athens, and Eudoxus of Cnidos. However, Euclid is credited with arranging these theorems in a logical manner.