The town meeting is one aspect of local government that still exists today, although it was created in the early years of the republic. At least once a year the registered voters of the town meet in open session to elect officers, debate local issues, and pass laws for operating a government. As a group, or body, they decide on road construction and repair, construction of public buildings and facilities (such as libraries and parks), tax rates, and the town budget. 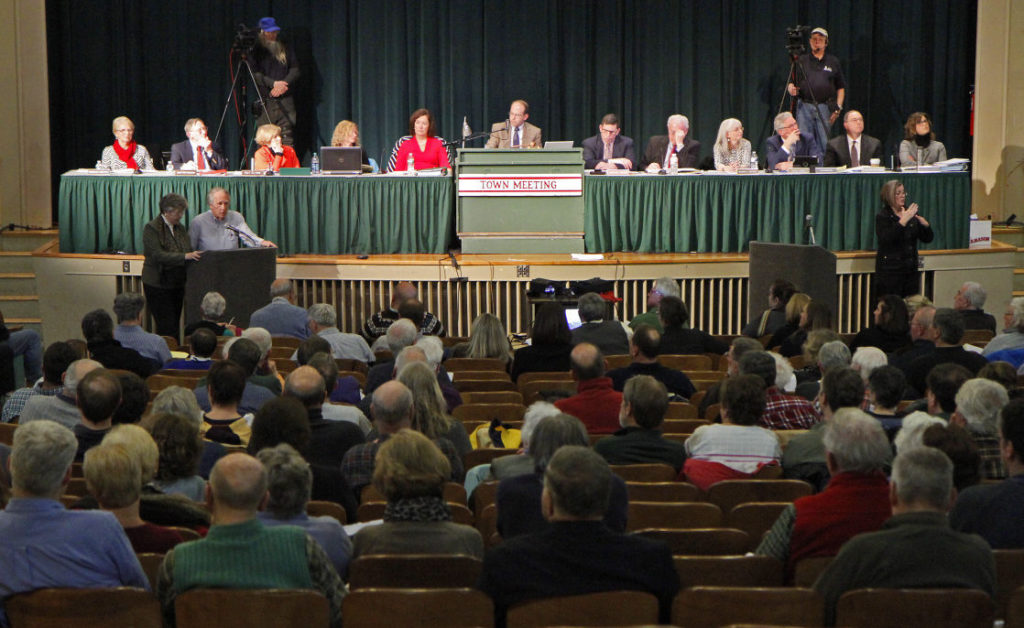 Having existed for more than two centuries, the town meeting is often called the purest form of direct democracy because governmental power is not delegated, but rather exercised directly by the people. However, town meetings cannot be found in every area of the United States. They are mostly conducted in the small towns of New England, where the first colonies were established.