Today’s computers contain millions of transistors placed in a tiny piece of sili- 162 con, some so tiny that they can fit in an ant’s mouth. The transistors (devices that control the flow of electric current) are packed and interconnected in layers beneath the surface of the chip, which is used to make electrical connections to other devices. There is a grid of thin metallic wires on the surface of the chip. 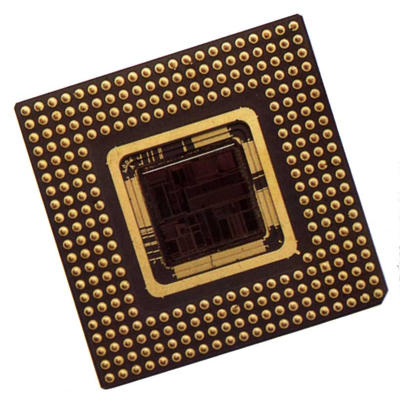 This silicon chip was independently co-invented by two American electrical engineers, Jack Kilby and Robert Noyce, in 1958–1959. The chip, along with the invention of the microprocessor, allowed computers to get smaller and more efficient. Silicon chips are also used in calculators, microwave ovens, automobile radios, and video cassette recorders (VCRs).