According to the National Aeronautics and Space Administration (NASA), Which is in charge of space exploration and scientific discovery for the United States, the Hubble transmits about 120 gigabytes of science data every week. That’s equal to about 3,600 feet (1,097 meters) of books on a shelf. The growing collection of pictures and data is stored on magneto-optical disks. Among its many discoveries, Hubble has revealed the age of the universe to be about 13 to 14 billion years, which is a more accurate estimate than the Big Bang range of between 10 to 20 billion years. 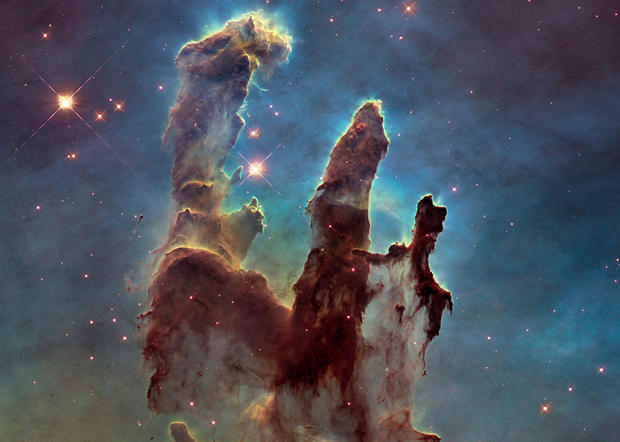 Hubble also played a key role in the discovery of dark energy, a mysterious force that causes the expansion of the universe to accelerate. Hubble has shown scientists galaxies in “toddler” stages of growth, helping them understand how galaxies form. It found protoplanetary disks, clumps of gas and dust around young stars that likely function as birthing grounds for new planets. It discovered that gamma-ray bursts—strange, incredibly powerful explosions of energy—occur in far-distant galaxies when massive stars collapse.