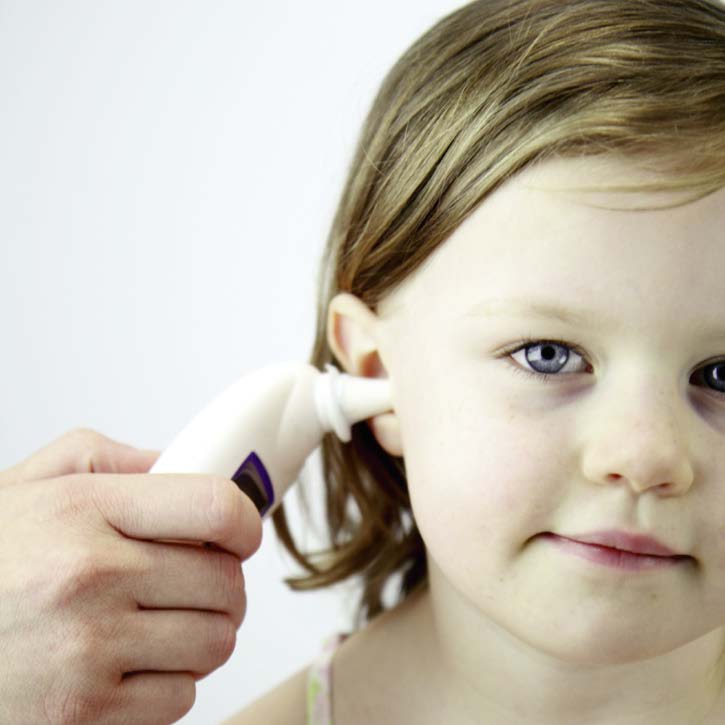 The thermal radiation from a person’s ear is in the invisible infrared portion of the light spectrum, which is why you can’t see people glow. But the ear thermometer can see this infrared light and it uses the light to determine the ear’s temperature. The thermometer’s thermal radiation sensor is very fast, so it can measure a person’s body temperature in just 168 a few minutes.