Robots like ASIMO and Mahru are sophisticated, expensive, highly technologically advanced machines that are built upon major components found in humans. Robot technicians use the inner workings of the human body as the model for the robots that they make. This modeling ensures that their robots are as lifelike as possible. First, the robot technician designs the five major components he or she will put into the robot: a body structure, a muscle system, a sensory environment, a power source, and a brain system. 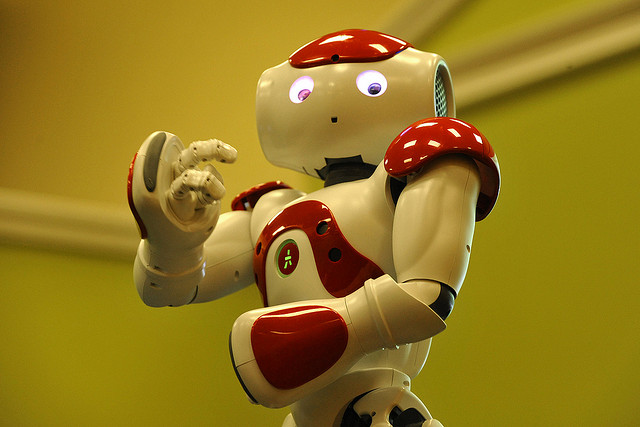 Next, they build an intricate machine made up of electrical circuits, electrical valves, piston cylinders, electric motors, solenoids, hydraulic systems, and more—each plays a specific role in getting the robot to work. Every robot has a computer that controls everything else within its body. Many robots can talk and some can even smell, taste, and hear. To get the body of a robot moving, the computer must “tell” the specific part to move. If the technician wants the robot to do something new once it has been made, he or she writes a new computer program. In some cases, if the task is too big for the robot’s wiring system, new parts need to be installed. NUMBERS AND COUNTING