Although a helicopter doesn’t have wings like an airplane, it uses the same principle of lift to rise and maneuver in the air. The blades of a helicopter’s propeller-like top rotor are shaped just like a plane’s wings—flat on the bottom and rounded on the top—and are likewise adjustable. Instead of rushing forward through the air like a plane does to gather enough lift to fly, a helicopter moves only its (three to six) rotor blades, which are attached to a central shaft driven by an engine. 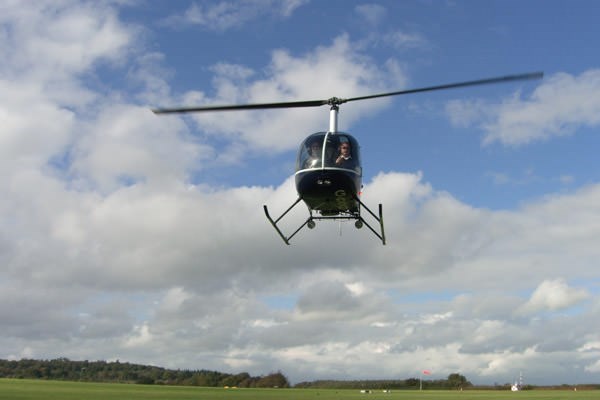 The rotor blades slice through enough air—creating the changes in surrounding air pressure that produce lift—to achieve flight. Adjusting the angle at which the rotor blades are set helps control a helicopter’s lift and manner of flight. Because the angle of the rotor is adjustable, too, a helicopter has far greater maneuverability than an airplane: besides moving up, down, and forward, it can fly backward and hover in the air.