Airplanes function according to a complex mix of aerodynamic principles—theories that explain the motion of air and the actions of bodies moving through that air. Airplanes get their power from engines. Small planes generally use piston engines, Which turn propellers that push aircraft through the air in the same way that boat propellers push vessels through water. But bigger planes use jet engines, powered by burning fuel. These engines expel great amounts of air that thrust a plane forward and up. An airplane must be in constant motion—its wings slicing through rushing air to create lift—in order to stay up; moving air is also required to steer it. In order to get enough lift to rise into the air on takeoff, an airplane has to travel along the ground first at great speed. 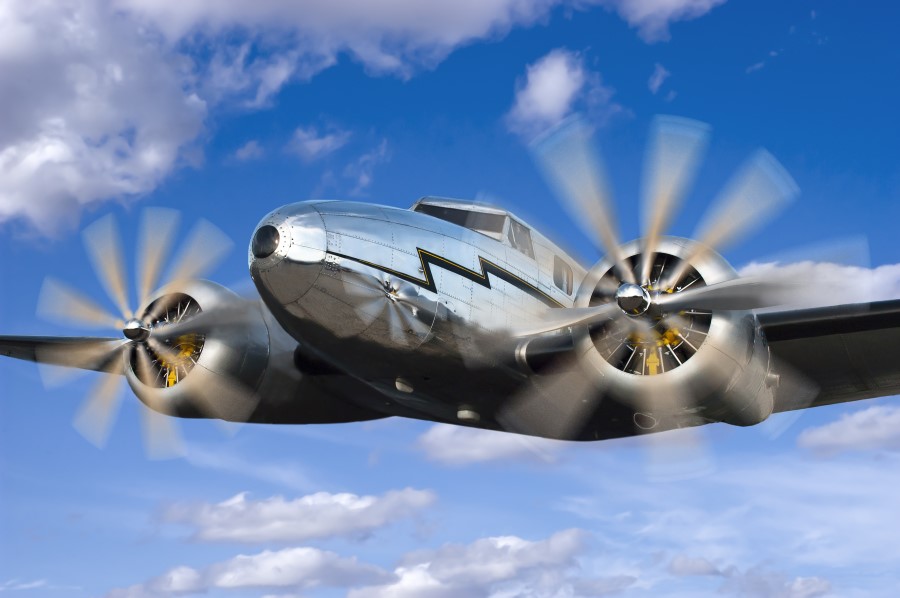 Airplanes are able to lift into the air and stay there because of the shape of their wings. An airplane wing is flat on the bottom and curved on the top. When a plane’s engines push it forward, air divides to travel around its wings. The air that passes over the larger curved top moves faster than the air that passes under the flat bottom. The faster-moving air on top becomes thinner and has lower pressure than the air below, which pushes the wing up. Uneven air pressure caused by the shape of an airplane’s wings, then, creates a force called lift, which allows an aircraft to fly.