Boats need a power source to move them forward in the water. In small vessels this power can be provided by people, who use oars to paddle along. Muscle power cannot move boats very fast or very far, though. The wind can be used, too, to move boats equipped with sails. But for a large boat that needs to go a long distance, the most reliable source of power is a motor-driven engine. Depending on the size of the boat, a gasoline engine, diesel engine, or steam engine does the job. Nuclear power is even used to run some boat engines, like those found in submarines. Motors rotate boat propellers, which have large twisting blades that radiate around a central hub. 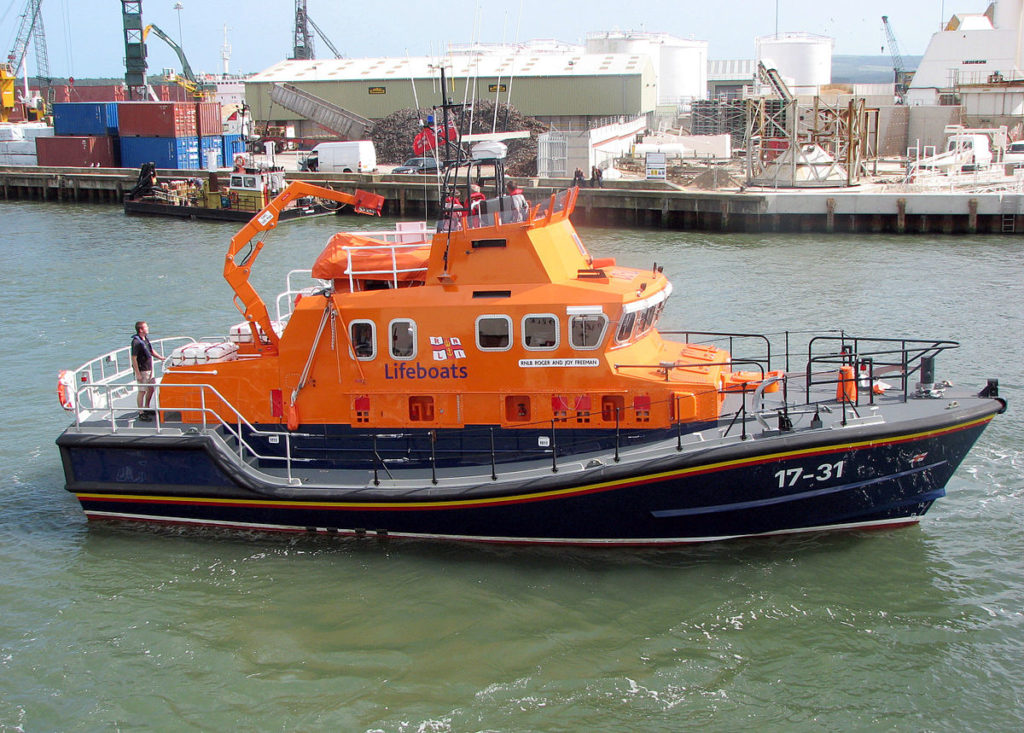 These blades push water backward, and the boat moves forward as the disturbed water pushes back. Rotating propellers also create lower water pressure in the space in front of them, which sucks them forward, along with the vessel to which they are attached. (Using these same principles of movement, propellers can also power aircraft.) A boat is steered by a rudder, Which is a flat, upright, movable piece of wood or metal that is attached to its stern, or rear. When turned, the rudder changes the direction of the water around it, which pushes back, forcing the stern, and gradually the rest of the boat, to change direction, too.