Nobody who has died has been able to come back to tell us about it, so it is impossible to know whether dying hurts. But people who have had “near-death” experiences— those whose hearts have stopped, for instance, but were later restarted— have only good things to report. Most tell of a peaceful sensation of floating above their bodies. A number also describe traveling through a tunnel toward a beautiful light or having loving meetings with friends and relatives who have died before them. 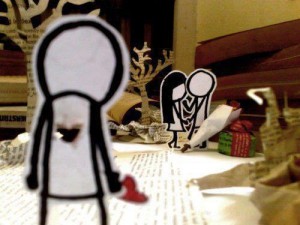 Scientists know that when a person is in a state of very low oxygen—often a condition that precedes death—he or she experiences feelings of euphoria, or great happiness. So as far as we know, the act of dying is not painful at all. Many sick people welcome death. The same wonders of medicine that have allowed people to reach old age have also enabled them to live through long, and sometimes painful, illnesses. Often, death is seen as a welcome end to pain, both for the ill person and for the family and friends who have watched their loved one suffer. People with strong religious faith, too, may fear death less because they believe they will journey to a better place.