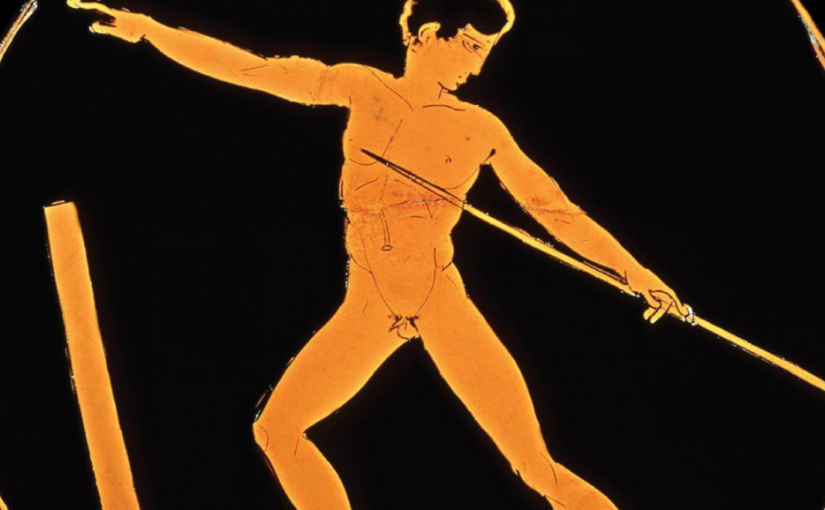 At least two ancient Greek athletes would have done well in the modern games; their Olympic records stood until the twentieth century. Twenty-six hundred years ago, an athlete named Protiselaus threw a cumbersome primitive discus 152 feet from a standing position. No one exceeded that distance until Clarence Houser, an American, threw the discus 155 feet in 1928. In 656 BC, a Greek Olympian named Chionis leapt 23 feet, 1.5 inches, a long jump record that stood until 1900, When an American named Alvis Kraenzlein surpassed it by 4.5 inches.