Bird beaks, which vary greatly in size, form, and color, are important to the animal’s survival. The beak is the “instrument” that a bird uses to gather and break apart food. They also use their beak to clean themselves, itch, collect material for nesting, and protect their territory. A strong, cone-shaped bill, used for cracking seeds, is found in many birds such as finches and grosbeaks. Thin, slender, pointed beaks are found mainly in insect eaters, such as the warbler. 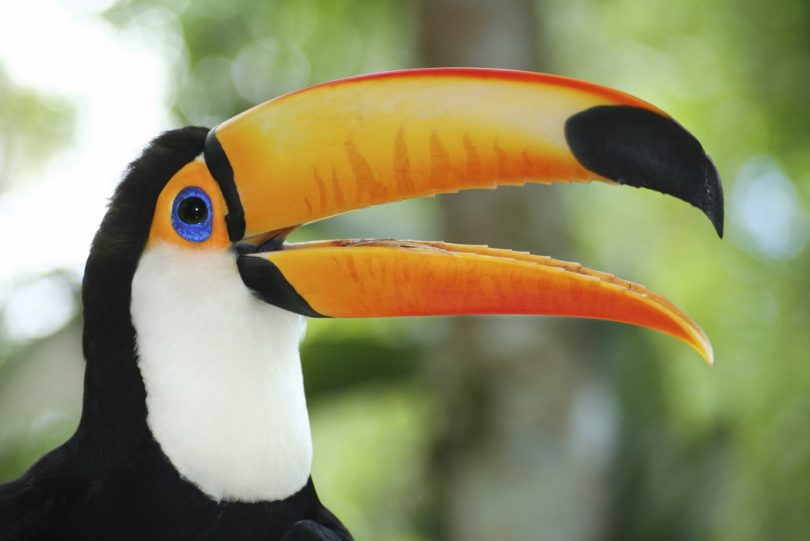 Woodpeckers have strong beaks that form a chisel at the tip, which is used for pecking holes in trees for food or nests. Hummingbirds have long, tubular bills that look like drinking straws, Which they use to sip nectar from flowers. Although these birds are all different, they have one thing in common: without their beaks, they would not survive long.