Animal specialists believe that cats purr to show contentment. Cats are born with the ability to purr; kittens make tiny rumbling sounds when they are nursing. Scientists think that purring starts out as a form of communication between a mother cat and her kittens. The purr lets the mother cat know that her babies are happy and feeding well, and she may purr back in response. Later, cats continue to purr when they are in a contented mood or as a friendly greeting. But scientists aren’t really sure how cats purr. Many think that it comes from the vibration of blood in a large vein in the cat’s chest, caused when surrounding muscles repeatedly squeeze and release the blood vessel. 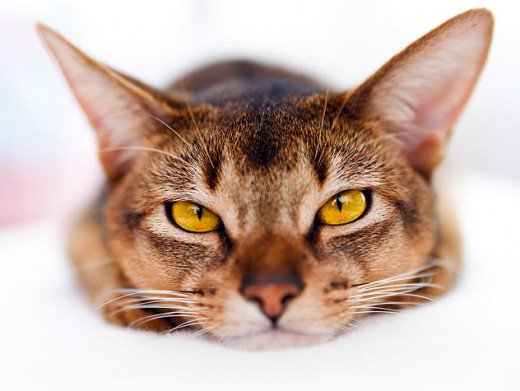 Air in a cat’s lungs and windpipe increase the sound of the vibrations that can be heard (although sometimes the purring is silent and can only be felt). Other scientists think that cats purr when membranes called false vocal chords, located in a cat’s throat near the real ones, start to vibrate.