The Greeks borrowed celebrating birthdays from the Egyptian pharaohs and the cake idea from the Persians. Then early Christians did away with birthday parties for a while until the custom re-emerged with candles in Germany in the twelfth century. 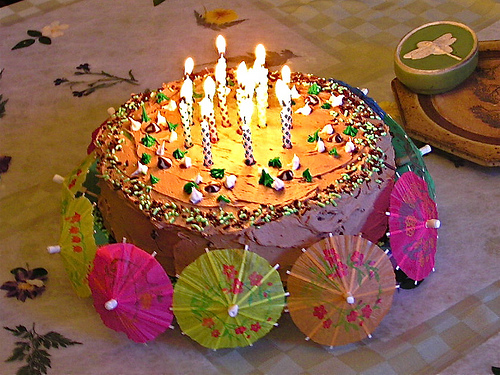 Awakened with the arrival of a birthday cake topped with lighted candles, which were changed and kept lit until after the family meal, the honoured child would make a wish that, it was said, would come true only if the candles were blown out in a single breath.