Earrings were used by seamen, especially warriors such as pirates, for very practical reasons and not for decoration. They were given to young sailors as a symbol of their first crossing of the equator, and their purpose was to protect the eardrums during battle. 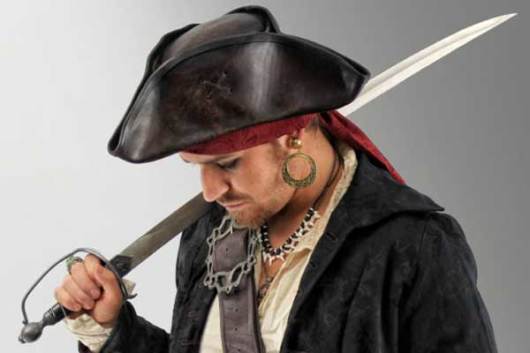 The pirates, especially those who fired the ships’ cannons during closed combat with the enemy, dangled wads of wax from their earrings to use as earplugs.