The polar bear lives in the Arctic, the region of the North Pole. Most of its environment is barren, covered year-round with ice and snow and not much else. A polar bear might eat what few plants it can find, but it feeds mostly on water animals like seals and small walruses, which share its frozen home. The polar bear’s yellowishwhite coat helps it blend into its snowy surroundings as it hunts its prey. 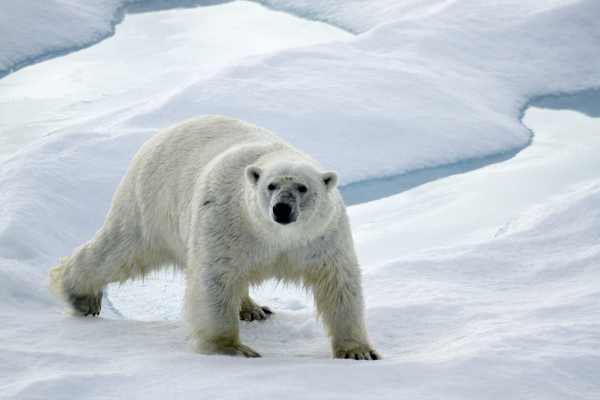 After all, there is not much in the Arctic to hide behind! The fur of a polar bear is also extremely thick, allowing it to withstand polar temperatures and swim in Arctic waters, where its prey is often found. Polar bears are excellent swimmers, and their unique paws—with hairy soles—allow them to run very quickly over ice and snow without slipping.