The Soviet cosmonaut Yuri Gagarin became the first man in space when he made a full orbit of Earth in Vostok I on April 12, 1961. Although he was in space less than two hours, he became an international hero. 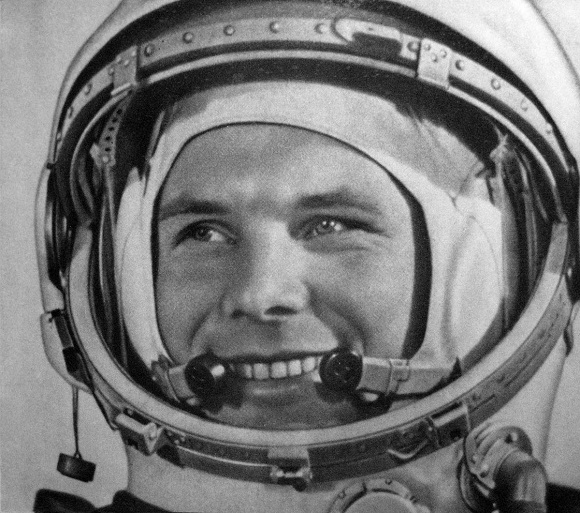