Mortimer was Walt Disney’s original name for a cartoon mouse in the historic 1928 cartoon “Plane Crazy.” When Walt came home and told his wife about the little mouse, she didn’t like the name “Mortimer” and suggested that “Mickey” was more pleasant-sounding. 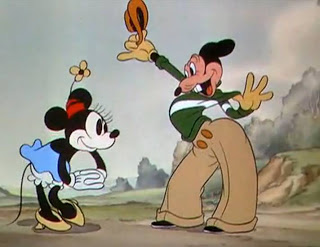 Walt thought about it for a while and then grudgingly gave in, and that’s How Mickey, and not Mortimer, went on to become the foundation of an entertainment empire.