Like many inventions, the development of the modern zipper can be traced to a series of events. In 1893, Whitcomb Judson patented and marketed a “clasp locker,” a complicated hook-and-eye shoe fastener. Together with businessman Colonel Lewis Walker, Whitcomb launched the Universal Fastener Company to manufacture the new device. He did not use the word “zipper,” although many people often credit him as the zipper’s creator. Instead, it was Swedish-born Gideon Sundback, an electrical engineer who was hired to work for the Universal Fastener Company, Who gets the credit. 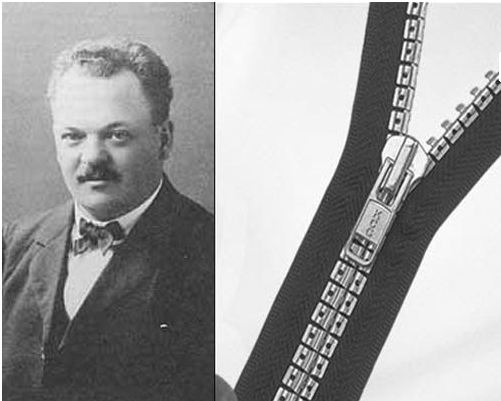 He was responsible for improving Judson’s fastener, and by December 1913, he had designed the modern zipper. Sundback increased the number of fastening elements from four per inch to ten or eleven, had two facing-rows of teeth that pulled into a single piece by a slider, and increased the opening for the teeth guided by the slider. Sundback also created a machine that was able to manufacture the zipper.