Information about dinosaurs changes all the time as new bones are found and new evidence about their surroundings becomes available. The largest complete dinosaur fossil found by paleontologists (scientists that study dinosaurs) was Brachiosaurus (meaning “arm lizard”), a huge dinosaur that lived during the Jurassic Period. It weighed about 80 tons (72,640 kilograms) and reached 75.5 feet (23 meters) in length and 39 feet (12 meters) in height—about the length of two large school buses and the height of a four-story building. Parts of leg bones and vertebrae of even larger dinosaur species have been discovered, and scientists have studied these parts to try and determine their exact size. 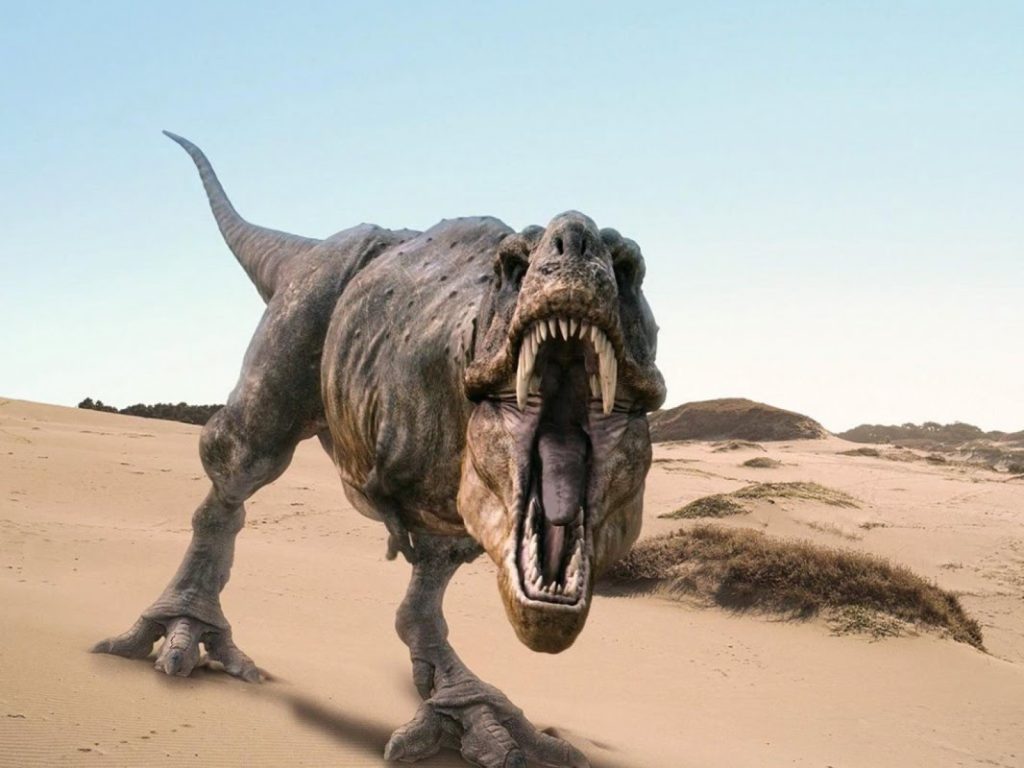 Several of these—such as Argentinosaurus and Amphicoelias—might have been one and a half to two times larger than Brachiosaurus. The Argentinosaurus, thought to weigh as much as 100 tons (90,800 kilograms), was uncovered in the late 1990s in Argentina, which was home to many of the world’s largest dinosaurs. These gentle giants were once thought to live in watery, swampy regions, but recent evidence suggests that most of them were forest dwellers that ate leaves from the tops of trees. They had enormous bodies, very long necks, relatively small heads, and thick, tree-trunk-like legs, much like an elephant’s legs. They moved very slowly and did not have many ways to defend themselves, but their tremendous size kept most predators away.