On Europa, one of Jupiter’s moons, it is possible to ice skate, as long as you wore a space suit. A little smaller than Earth’s moon, Europa is covered in smooth ice. Its gravity is only about one-eighth of planet Earth’s, which makes for great leaps. However, Europa temperatures reach about –328 degrees Fahrenheit (–200 degrees Celsius), which means you would be frozen stiff in a nanosecond. 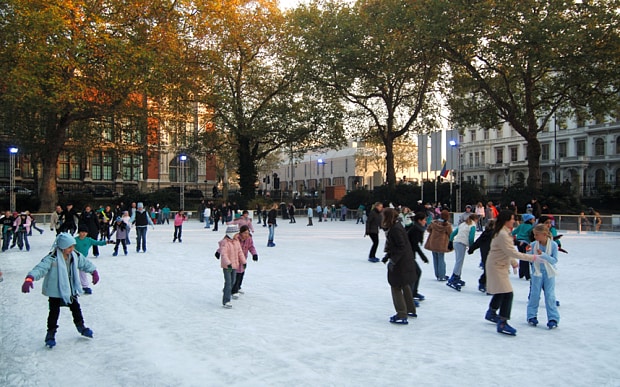 The only colder object in the solar system is Neptune’s moon, Triton, which has unique “ice volcanoes” and a surface temperature of –391 degrees Fahrenheit (–235 degrees Celsius).