Many volcanoes occur near the area where two ridges or plates of Earth’s crust meet. Circling the Pacific Ocean—where crust plates meet—is a group of volcanoes known as the Ring of Fire. Plate movement in such regions may allow liquid rock, called magma (it’s called “lava” only after it rises to the surface), that is located in chambers in Earth’s interior to rise, resulting in volcanic activity. (Such conditions often result in earthquakes as well.) 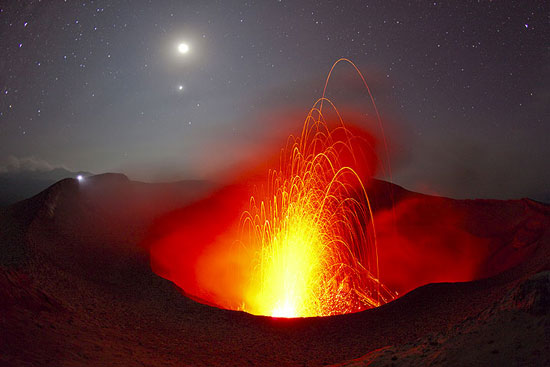 Volcanic activity can take place under the ocean as well as on land, and when this happens the formation of islands sometimes results.