The Nobel Prize is the most famous international science award. Three science prizes, for chemistry, physics, and physiology or medicine, are awarded every year to people who have made significant contributions to these fields. The prize was created by the Swedish chemist and industrialist Alfred Nobel, who made a fortune from his invention of dynamite and left much of his money to fund the prize. Since 1901, the Nobel Prize has been honoring men and women from all parts of the world for their discoveries and inventions in these areas, as well as in the fields of literature and peace. 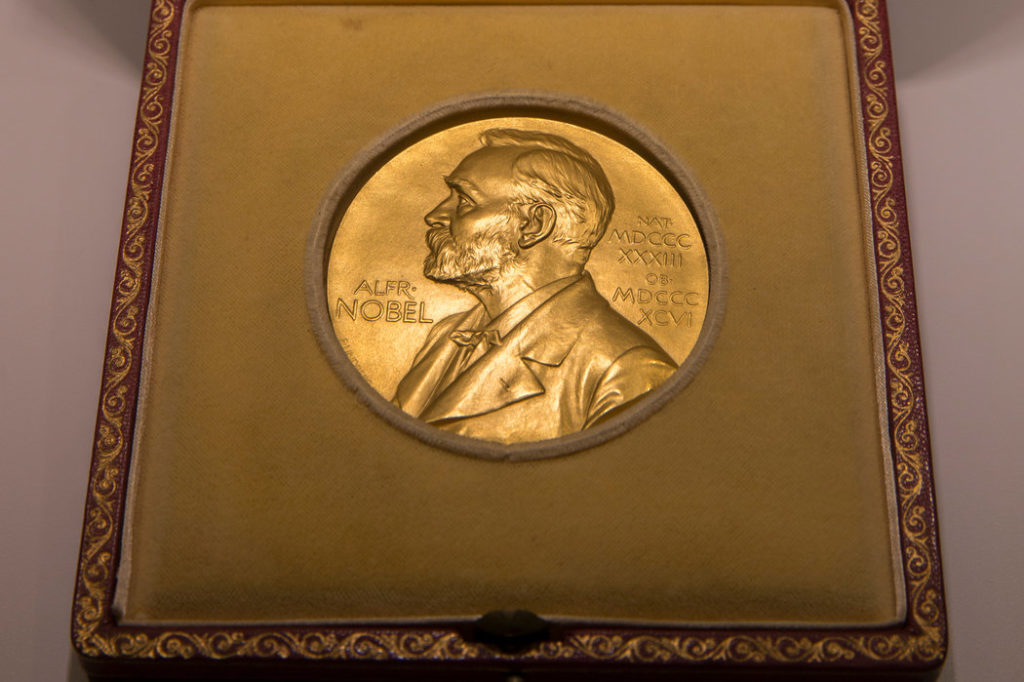 Some famous scientists and inventors who have been awarded the prize include Ivan Pavlov (in 1904), Albert Einstein (1921), and Linus Pauling (1954). Eleven women, from a total of 500 scientists, have been awarded a Nobel Prize in the sciences from 1901 to 2008. Among them, Marie Curie is the only person ever to have twice received a Nobel Prize in the sciences, each time in a different field of specialization: in Physics, in 1903, and in Chemistry, in 1911.