Schools are different in every country in the world. A school may have lots of classrooms, books, play equipment, and a playground, or lessons may take place under trees or in an open outdoor space. A temple, a tent, or a building on stilts may serve as a classroom for some children. In poor places that have no money to build schools, children may learn their lessons outdoors. In isolated places—such as the Australian outback or the Alaskan wilderness—where families live hundreds of miles apart and far from cities or towns, children may get their lessons from teachers over two-way radios or the Internet. All around the world, schools are a reflection of the culture in which they are formed. 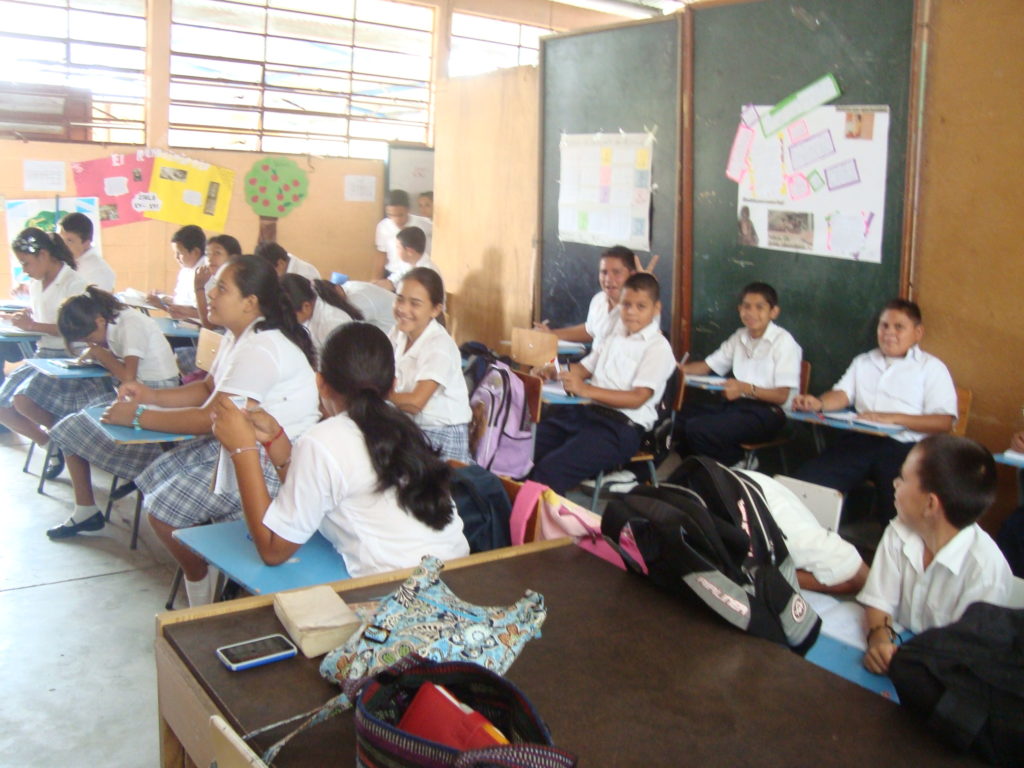 In Japan, as students enter school, they remove their shoes and put on slippers, a Japanese custom. They do not write with pencils; instead, each child has his or her own ink well, brush, and ink for writing the kanji (Japanese characters). Children often clean their classrooms (including dusting cubbies and mopping floors), and at the end of each class the students thank their teacher and bow. In schools in Brazil and other South American countries, children often go to school barefoot. In India, children practice yoga in school. And many children that go to public schools in European countries, such as Germany and France, ride their bikes to school or take public transportation, rather than school buses.