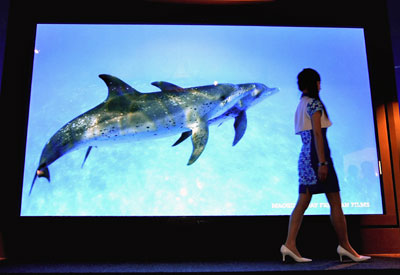 The latter is mostly determined by the width of the electron beam. To obtain pictures closer to the quality of 35-millimeter photography, HDTV has more than twice the number of scan lines with a much smaller picture element. American and Japanese HDTVs have 525 scanning lines, and Europe has 625 scanning lines.