NASA’s space shuttle, also called the Space Transportation System (STS), takes off from Earth like a rocket but lands like an aircraft. It cannot fly to the Moon, but is used to orbit Earth, where the crew can do scientific work, place satellites in orbit, and visit orbiting space stations. Usually five to seven crew members ride the space shuttles, which have all been launched from Kennedy Space Center in Florida. Six shuttles have been built: the first orbiter, Enterprise, was built in 1974 for testing purposes. Five others have gone into space: Columbia, Challenger, Discovery, Atlantis, and Endeavour. 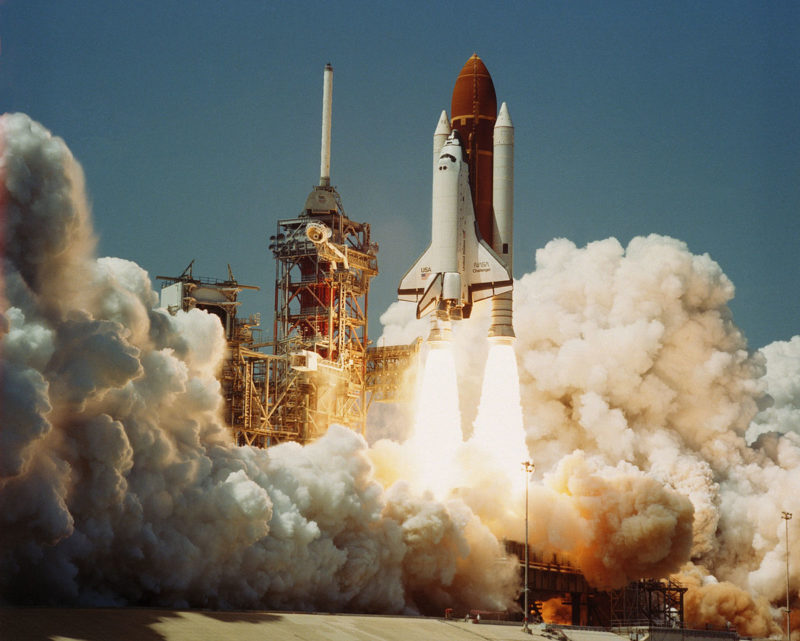 The space shuttle Challenger disintegrated 73 seconds after launch in 1986, and Endeavour was built as a replacement. Columbia broke apart during re-entry in 2003. NASA announced that the space shuttle would no longer be used after 2010, and from 2014 on would be replaced by the Orion, a new space vehicle that is designed to take humans to the Moon and beyond.