The word “planet” comes from the Greek word for “wanderer.” Ancient astronomers defined planets as objects that moved in the night sky against a background of fixed stars. Today, astronomers define a planet as an object in orbit around the Sun that is large enough (massive enough) to have its self-gravity pull itself into a round, or nearly round, shape. 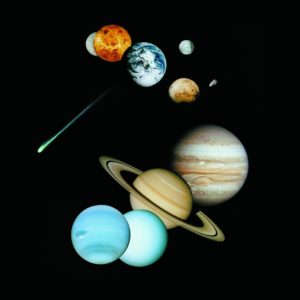 In addition, a planet orbits in a clear path around the Sun—there are no other bodies in its path that it must “sweep up” (or clear) as it moves around the Sun.