A fossil is the hardened remains or an imprint of a plant or animal that lived a very long time ago. Some fossils are thousands of years old, others are several hundred million years old. Most plants and animals died and then decayed without ever leaving a trace. But some were buried under mud, rocks, ice, or other heavy coverings before decaying. The pressure of these layers over thousands of years turned animal and plant remains into rock. 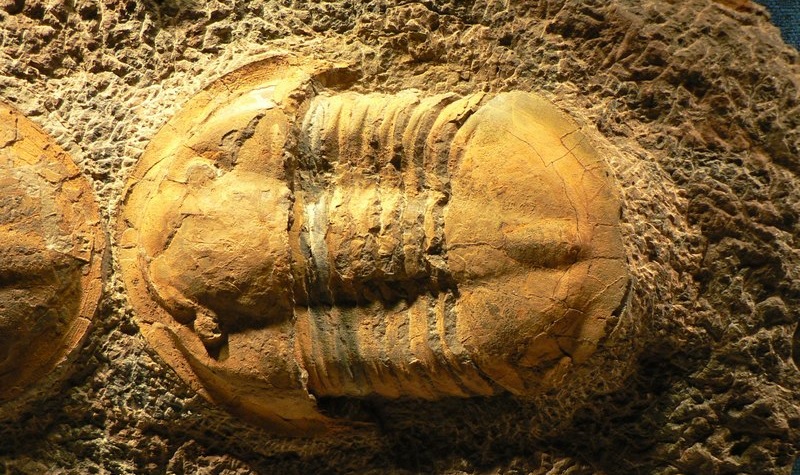 Usually fossils preserve the organism’s hard parts: the bones or shells of an animal and the seeds, stems, and leaf veins of plants. Sometimes the fossil is the actual animal part, like a bone or tooth, that has hardened into rock. Some fossils, called trace fossils, show the imprint of parts of the animal or plant. Occasionally these imprints act as a mold, and the sediment that fills the imprint hardens and becomes a cast of, for example, a dinosaur footprint. Sometimes bones or trees are preserved by minerals that seep into the part’s pores and then harden, or petrify, that part. Arizona’s Petrified Forest contains numerous examples of giant trees that were petrified millions of years ago.