Tropical coral reefs are ridgelike or moundlike structures composed of corals and other aquatic organisms. They border the shorelines of more than 100 countries. Although coral reefs comprise less than 0.5 percent of the ocean floor, it is estimated that more than 90 percent of marine species are directly or indirectly dependent on them—they are home to approximately 4,000 species of fish alone. 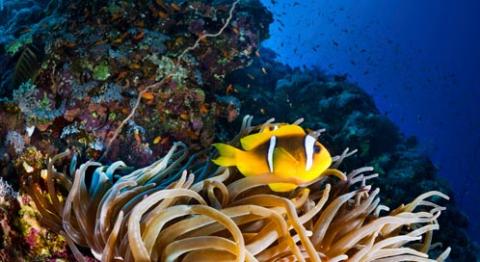 Reefs protect human populations along coastlines from wave and storm damage by serving as buffers between oceans and near-shore communities. The Great Barrier Reef, located in northeast Australia’s Coral Sea, measures 1,616 miles (2,000 kilometers) in length. It the largest living structure on Earth, and can be seen from the Moon.