The Earth is not round, but slightly squashed; it’s diameter at the equator (the imaginary line on Earth’s surface that divides Earth into a Northern and a Southern Hemisphere) is about 24 miles (38 kilometers) greater than its diameter at the poles. Why? Because the planet is constantly spinning, forcing material out toward the equator. The Earth’s surface is both smooth and bumpy, with vast oceans, tall mountains, rolling plains, canyons, swamps, and deserts. 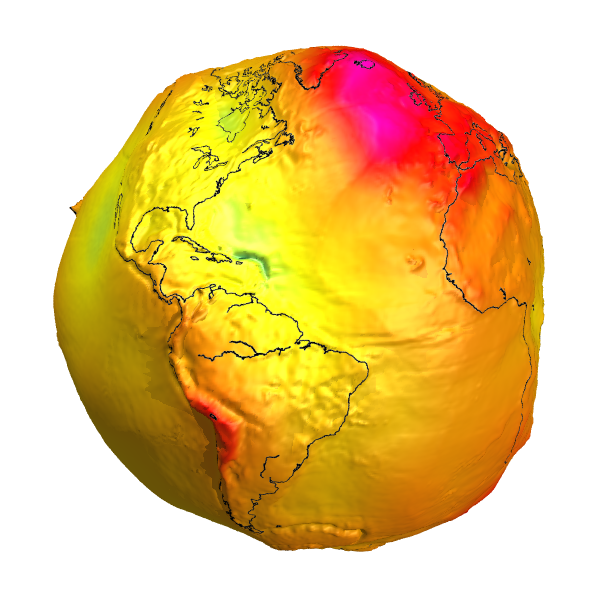 The tallest mountain on our planet, Mount Everest in the Himalayas, stands at an altitude of 29,108 feet (8,872 meters), while Africa’s Sahara, the largest desert on Earth, spans over 2.1 million square miles (500,000 square kilometers) of land.