Before Lippershey and Galileo, magnification instruments had not been used to investigate objects beyond Earth. Since their time, far more powerful visiblelight telescopes have been developed along with other types of telescopes capable of “seeing” invisible forms of radiation, such as infrared, ultraviolet, radio, X-ray, and gamma-ray. Today’s optical telescopes (made from glass, lenses, or mirrors) are 100 million times more sensitive than Galileo’s telescope. For example, Hawaii’s twin Keck Tele scopes are the world’s largest optical and infrared telescopes. Each stands eight stories tall and weighs 300 tons. 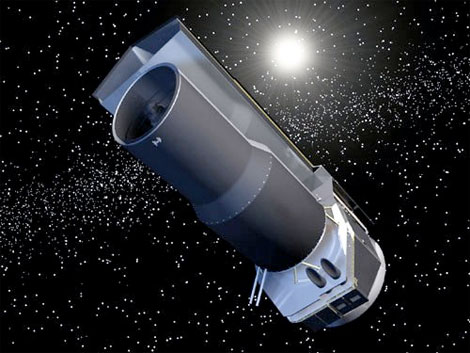 The Hubble Space Telescope, named after astronomer Edwin Hubble and launched into space in 1990, orbits Earth at a speed of 5 miles (8 kilometers) per second, and beams images back to Earth. Because its position is above the atmosphere (which distorts and blocks the light that reaches Earth) it is able to view the universe more thoroughly and clearly than ground-based telescopes.