A bicycle is a simple device that increases the power that you have in the muscles of your legs, taking you faster and farther than you could ever run. When you push the pedals of your bike around once, the pedal sprocket—the wheel with teeth to which the pedals are attached—goes around once, too. But it pulls a chain along, one that is connected to a much smaller sprocket (with fewer teeth to grip each link of the chain) in the center of your bike’s rear wheel. This smaller sprocket moves around a number of times for each single turn of your pedals, moving your bike wheels a lot faster than you’re moving your feet! Some bicycles have several “speeds,” which means that they have a number of gears (called derailleurs) that vary the rate at which the wheels turn. These extra sprockets are located at the pedals and rear wheel of a bike, where levers move the driving chain sideways, from one to another. 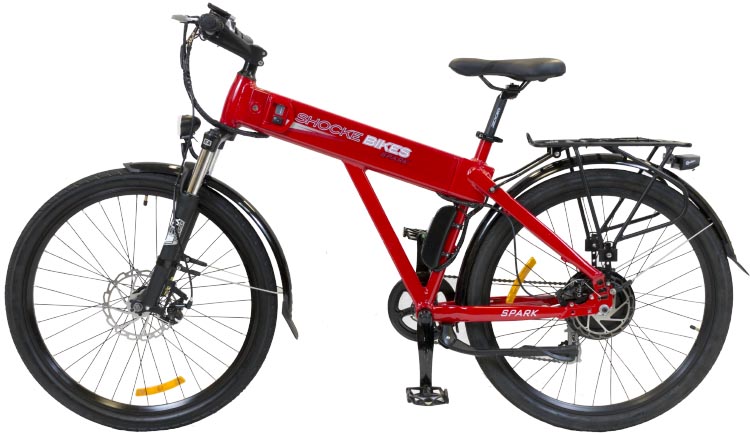 A special spring system keeps the chain tight when it changes from a larger to a smaller sprocket. Although you might think that a rider would always want the wheels of his or her bike to move as fast as possible for each pedal turn, that is not always the case. When going uphill, for instance, a rider can get more force out of a wheel that turns fewer times, making the task easier.