Indeed, it does. A Venus flytrap is a carnivorous plant that attracts, captures, and kills insects and digests and absorbs their nutrients. The leaves of the Venus flytrap, Which can open wide, have short, stiff hairs called trigger hairs. When anything touches these hairs enough to bend them, the two lobes of the leaves snap shut, trapping whatever is inside. The “trap” will shut in less than a second, capturing flies and other insects. 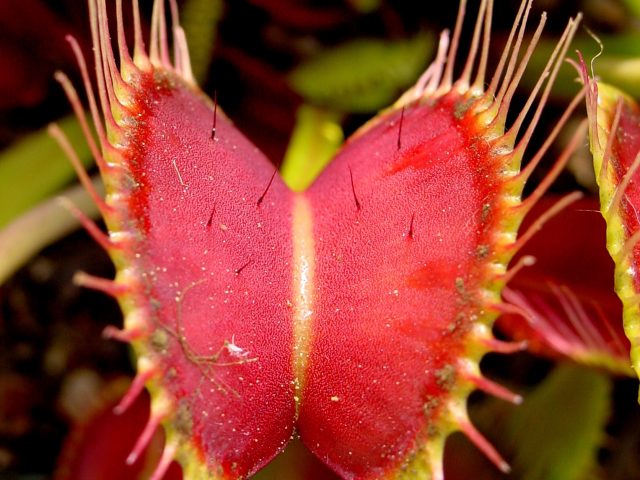 When the trap closes over its prey, finger-like projections called cilia keep larger insects inside. In a few minutes the trap shuts tightly and forms an air-tight seal in order to keep its digestive fluids inside. These fluids help the plant digest prey. At the end of the digestive process, which takes from 5 to 12 days, the trap reabsorbs the digestive fluid and reopens. The leftover parts of the insect blow away in the wind or are washed away by rain.